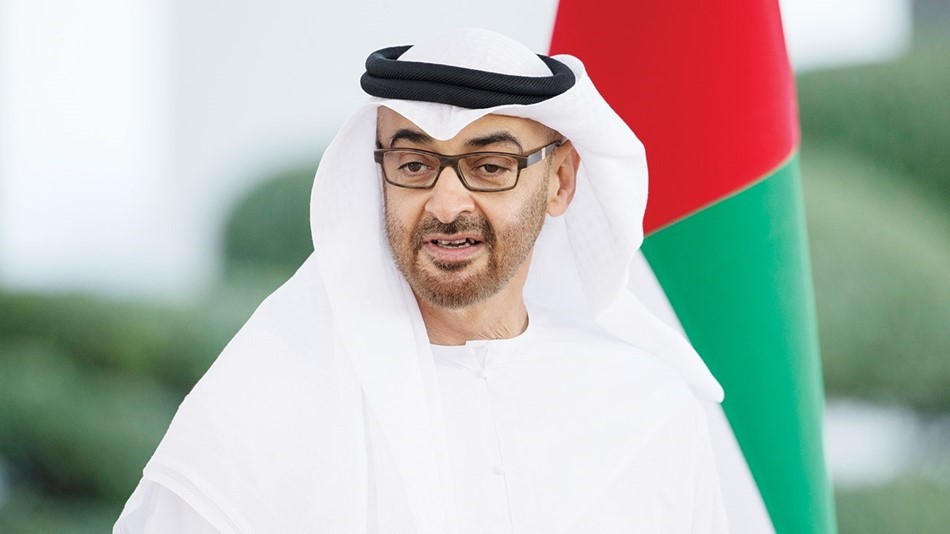 The initiative aims to build a smart security structure in schools, making the UAE the first country in the world to apply the concept of a E-safe school to all its public and private schools, in accordance with the European Union Standards for Safe Internet.

The ceremony included a video presentation on the initiative and the stages it went through, along with speeches delivered by a number of attendees. Sheikh Saif also witnessed the agreement between the Ministry of Education, the Khalifa Empowerment Programme, Aqdar, and Knowledge Point Company from the private sector.
On the same occasion, Sheikh Saif extended his thanks and gratitude to all those who contributed to this initiative, especially companies that provided support and made the launch possible.
The ceremony was attended by Sheikha Mariam Bint Mohamed Bin Zayed Al Nahyan, Member of Abu Dhabi Early Childhood Authority’s ECA’s, Board of Trustees and Chair of ECA’s Higher Committee, along with Sheikha Shamsa Bint Mohamed Bin Zayed Al Nahyan, ECA’s Trustee Member; Hussain bin Ibrahim Al Hammadi, Minister of Education; Jameela Al Muheiri, Minister of State for Public Education; Omar bin Sultan Al Olama, Minister of State for Artificial Intelligence; Digital Economy and Teleworking Applications; Hessa bint Essa Buhumaid, Minister of Community Development; Ian Adrenan, Executive Director of WeProtect Global Alliance, and members of UAE Council for Digital Wellbeing.
Hussain bin Ibrahim Al Hammadi, Minister of Education, also spoke at the ceremony, extending his thanks and gratitude to Sheikh Saif for his constant support by granting care to societal and educational issues, through his continuous guidance.
He added that:”We celebrate the launch of the Aqdar E-Safe schools initiative, one of many initiatives launched by Aqdar, the pioneer institution in our country.”
Dr. Ibrahim Al Dabal, Chief Executive Officer of Aqdar, said that initiative supports the educational process and provides a safe virtual environment, as it provides an electronic education system with educational resources. He added that the initiative has a electronic communication «Cyber C3», an explanation of the laws of cybercrime in the UAE, and the technical and precautionary measures that must be taken to protect privacy.
It is worth mentioning that for Aqdar E-Safe schools is a national initiative based on the highest and latest global systems and standards for Internet censorship in the field of education, It is applied for the first time in the Arab world, and won the first place award in the World Summit (WSIS) awards in the area of the role of governments in technical development.
×