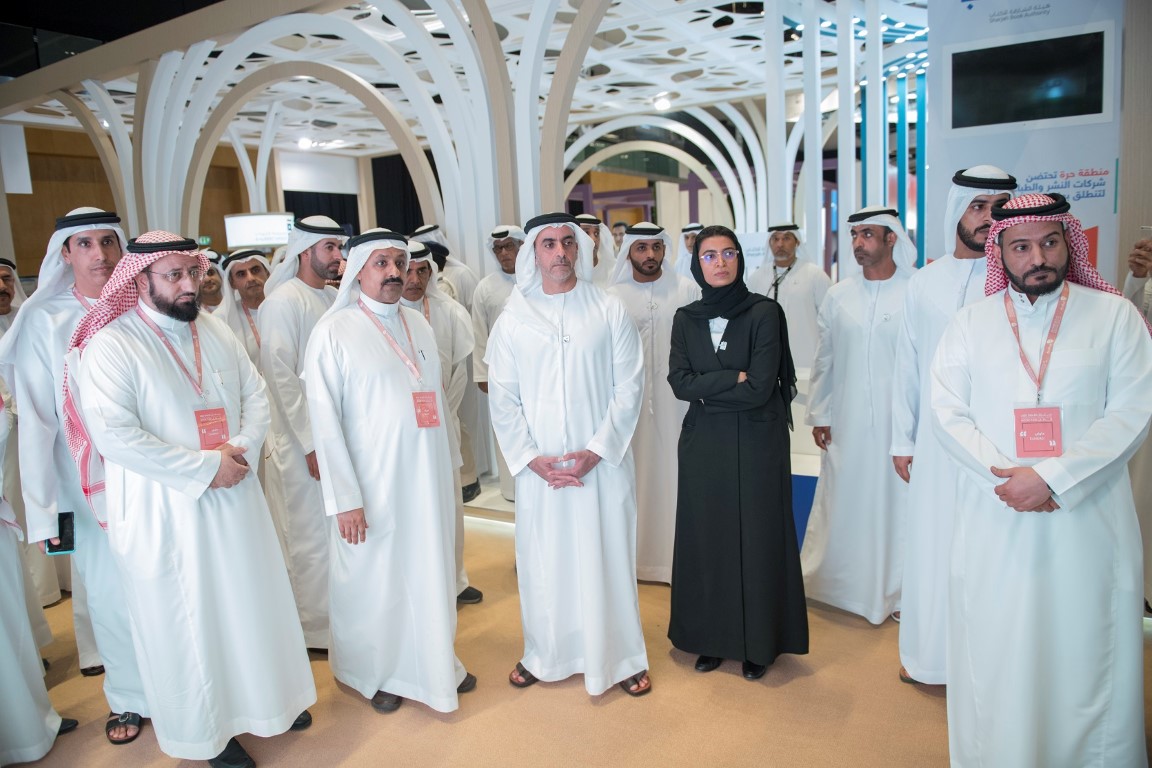 HH Sheikh Saif bin Zayed toured the book fair in the presence of HE Noura Al Kaabi, Minister of Culture and Knowledge Development, HE Zaki Nusseibeh, Minister of State, HE Mohamed Khalifa Al Mubarak, Chairman, DCT Abu Dhabi, John Kerry, the former US Secretary of State, HE Navdeep Suri, Indian Ambassador to the UAE, HE Saif Saeed Ghobash, Undersecretary, DCT Abu Dhabi, along with a crowd of leading authors, publishers and thought leaders.

The India pavilion was officially opened by HH Sheikh Saif bin Zayed, representing 2019’s Guest of Honour. Celebrating India, much of the ADIBF’s programming is dedicated to reflecting and showcasing the diversity and richness of the country’s culture. The pavilion brings a delegation of more than 100 members, including publishers, literary critics and authors. It is considered to be the biggest at this year’s event.

HH Sheikh Saif bin Zayed emphasised the importance of the fair in supporting the UAE’s status in the publishing industry, being one of the most important book fairs in the region that attracts Arab and international publishers, saying that the fair contributes to supporting the UAE’s vision towards making knowledge and reading a daily habit among members of the community. HH explained that Abu Dhabi International Book Fair is considered one of the most successful ways of cultural diplomacy, as the tradition of choosing a country to be the guest of honour each year enables the strengthening of cultural ties and exchanges with the various countries around the world.

Commenting on the opening of the 29th edition, HE Mohamed Khalifa Al Mubarak, Chairman, DCT Abu Dhabi, said: ADIBF has become more established and professionally profound through the years due to a consistent growth and development strategy and its pivotal role in bridging between the east and the west, in terms of fostering cultural dialogue and exchange. The fair is perceived as a pioneering cultural event that reflects Abu Dhabi’s thriving cultural and literary diversity, as well as the latest international trends in the fields of literature, publishing and translation. It also presents the latest developments in the evolving publishing technologies. It is an important platform that brings together readers with authors, publishers and other contributors to the knowledge industry, and engages with global audiences.

Each year, we seek to strengthen cultural and knowledge ties with one of the world’s notable cultures and civilizations. India is our guest of honour this year because of its incredible cultural diversity and heritage. We have been keen to highlight the richness of India’s literature, culture and artistic production celebrated by the UAE, through a special line-up of engaging events set to be held at the fair. We expect that the Indian participation in ADIBF this year will result in various agreements in the fields of publishing, translation and cultural exchange.

HE Saif Saeed Ghobash, Undersecretary, DCT Abu Dhabi said: “Abu Dhabi plays a significant role in supporting publishing, literature and culture, where its flagship cultural event ADIBF acts as a global forum for all professionals in the field of publishing, digital media, e-services, as well as writers from all over the world. This is a testament of our strategy to promote and instil culture in all members of our community.

Abu Dhabi International Book Fair 2019 is successful enough to sell out all exhibition areas, with more than 100 publishers on the waiting list. It features 1,000 exhibitors from 50 countries, with more than 500,000 titles on display, catering to publishing industry professionals, fans of literature, poetry, and culture as well as families and students. For the first time, the fair welcomes exhibitors from Ukraine, Czech Republic, Estonia, Malta and Portugal participating.

This year’s edition of ADIBF also sees the introduction of three new interactive zones: the E-Zone, Comic Corner and the Entertainment Zone. Each of the three zones features unique experiences for learning, innovation and entertainment. To highlight the importance of technology and innovation, the E-Zone will be a place of discovery for the latest trends in digital content creation, featuring live demonstrations from experts as well as activities related to digital publishing. The Comic Corner will showcase an interactive Aquaman-themed experience, while the Entertainment Zone will feature food and music from different cultures around the world.