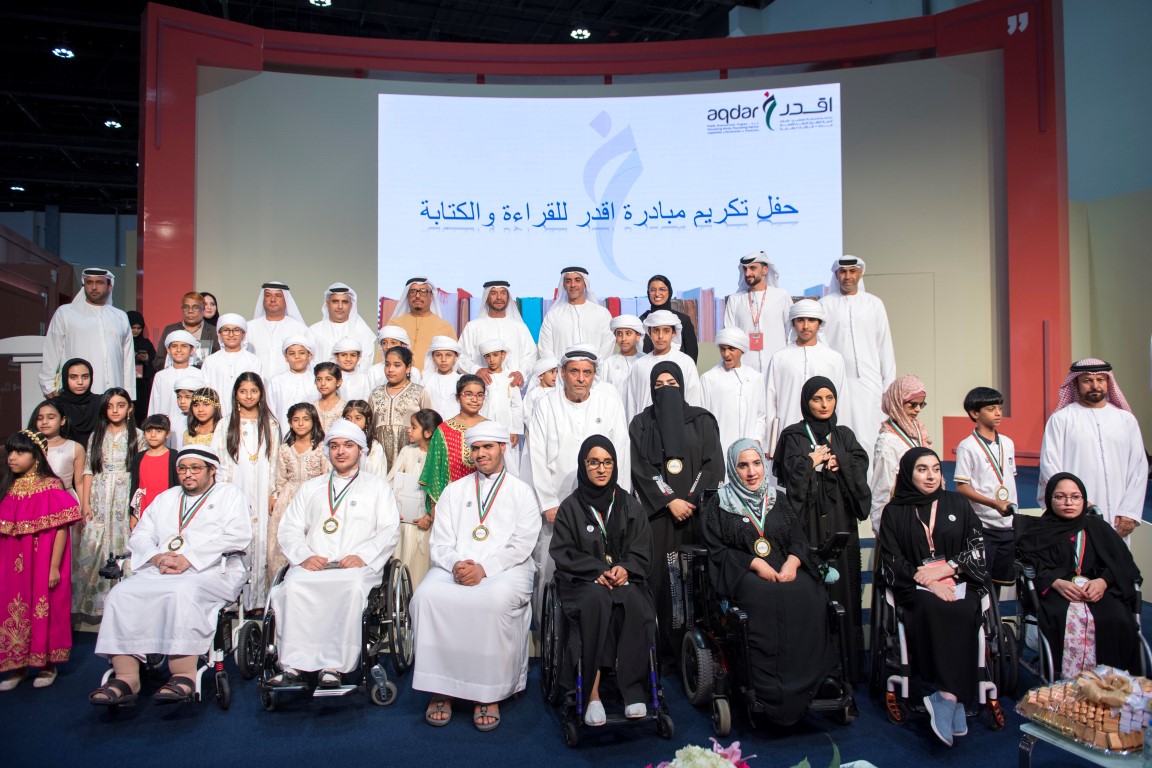 They also witnessed the signing of books written by 19 Emirati children published by Aqdar, which discuss the values of loyalty, sacrifice and dedication to the nation and its leadership, and showcase the UAE’s history and tourism sites.

Suroor bin Mohammed and Sheikh Saif then honoured the winners in the “Aqdar Competition for People of Determination,” which is part of Aqdar’s mission to empower the youth, improve their skills, and raise their awareness.

Aqdar was launched in cooperation with the Zayed Higher Organisation for People of Determination, ZHO.