Speech of the Chief of the court 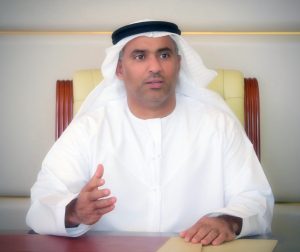 The greatest achievement that the UAE is proud of is preparing, empowering and building its citizens to take his prestigious place, and contribute to the building and protection of his nation, to become in the advanced rank among nations”.

With this statement, the vision of the UAE stated by H.H Sheikh Khalifa Bin Zayed Al Nahyan – president of the UAE. This statement clearly illustrates the Harnessing the available potentials for the advancement of the people of this nation and developing their skills, because there is no way to develop a nation without the arms of its sons armed with the required knowledge to complete the march.

The contemplator in the UAE scene can easily recognize the leadership’s keenness to develop the skills of the citizens and empower them at all levels by providing all means of progression and development, to be able to understand their surroundings and optimally handle it, because the conscious human being is the first building block that form the basic foundation to reach the advanced rank among nations.

In the early years of the Union, sheikh Zayed Bin Sultan Al Nahyan realized that education and culture are essential for the advancement of the nation and the only way to reach the advanced rank among nations. Those who have witnessed the beginnings of his blessed journey are fully aware of the extent to which the father of this country believes in the strategic role of education and awareness in building the human being and refining his characteristics. He ordered the preparation of all that is in the interest of education from the establishment of distinguished schools, institutes and universities to educate the citizens to be able to deal with all challenges.

Inspired by the vision of our wise leadership to be the best international government in providing services and initiatives aimed at future foresight, and under the patronage of H.H. Lt. General Sheikh Saif bin Zayed Al Nahyan, Deputy Prime Minister and Minister of the Interior, this program is launched to unify the awareness efforts and raise the awareness level among all community sectors to empower them to handle the current challenges wisely and responsibly.

Chief of the court of deputy prime minister, minister of interior