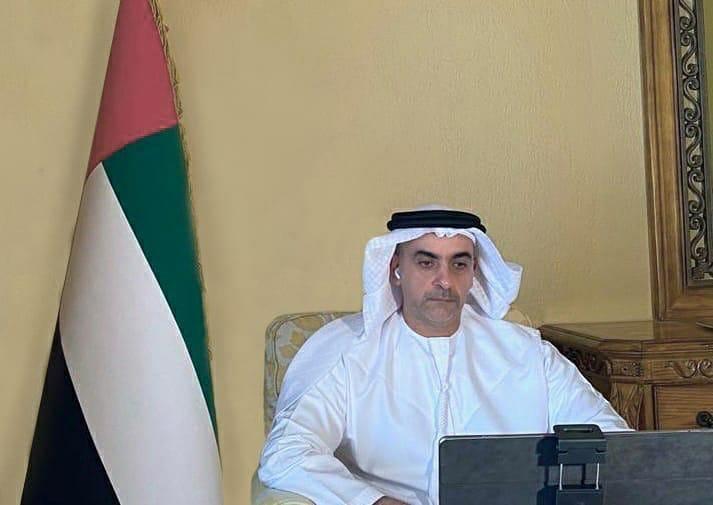 The ceremony was attended by Emirati and British cadets, with the aim of achieving better global convergence among youth and developing their leadership skills.

Sheikh Saif spoke at the ceremony, and expressed his appreciation and pride for the participants in this event organised through joint efforts and cooperation. He addressed his speech to the students describing them as the future on which the hopes of the UAE are pinned, guided at all timed by the vision of the country’s judicious leadership. The Minister also thanked all those who contributed to the success of this the initiative. The virtual ceremony was attended by Lt. Gen. Sir John Lorimar from the UK Ministry of Defense as Sandhurst College’s representative, and Mansour Abdullah Belhoul, the UAE ambassador to the UK as well as Police College leaders and a number of cadets’ parents.

A presentation video gave a brief overview of the initiative since its launch to the graduation ceremony. Sandhurst College’s representative, General Lorimar, delivered a speech on this occasion and expressed his appreciation for this joint cooperation and the enhancement of youth relations around the world and their meeting with the aim of enhancing their leadership capabilities. This initiative is considered one of the pioneering activities aimed at training and qualifying young people. During the summer period, five courses were conducted that included: the students’ course, the female students’ course, the candidates’ course, the refresh course, and the 2071 leaders’ course, and more than 227 participants of ages 15-18 joined these courses for 39 days.