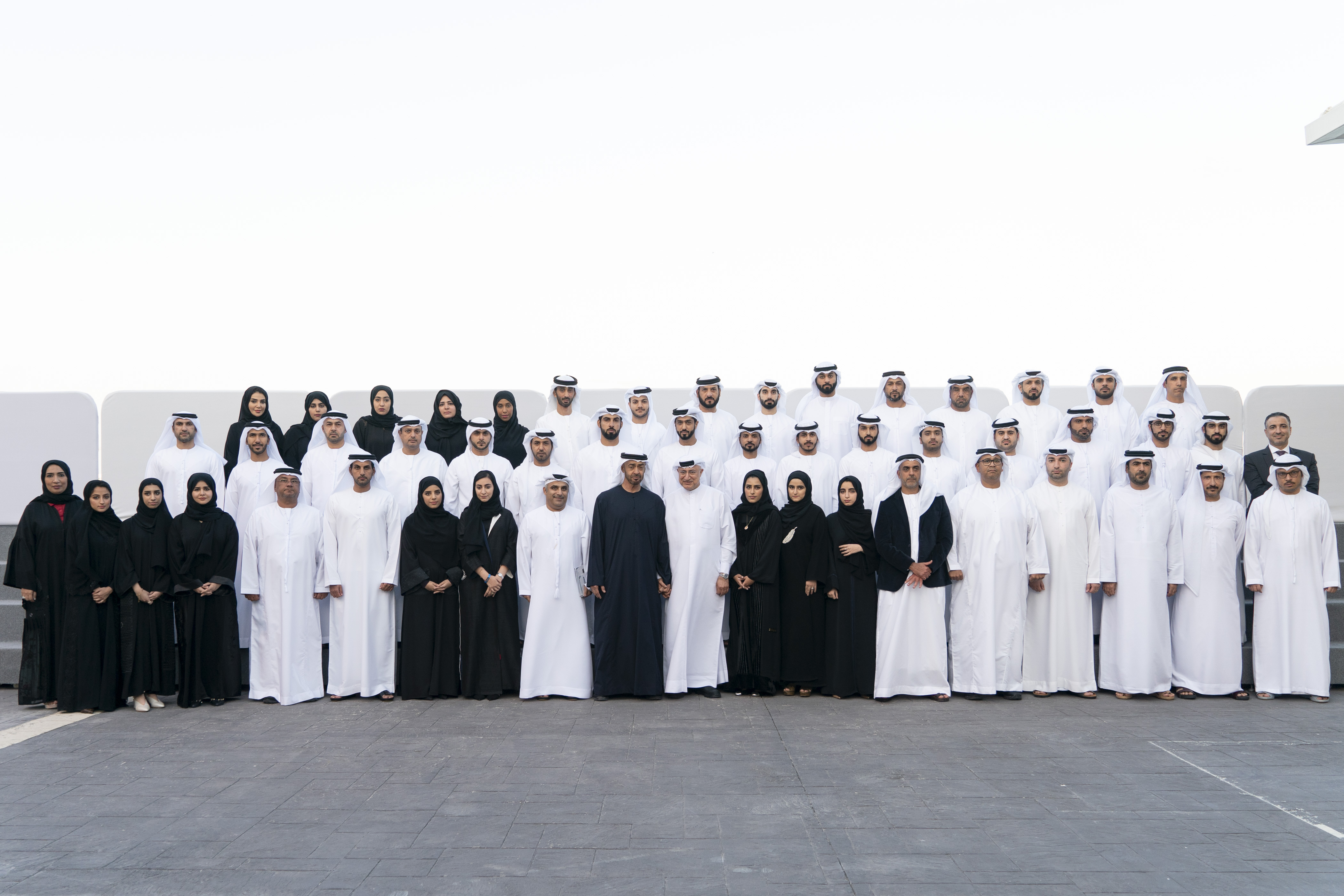 During the meeting, which took place at Qasr Al Bahr, His Highness Sheikh Mohamed bin Zayed was briefed by the delegation members about their future visions and ideas for developing the summit’s programmes and work through its annual sessions, to promote sustainable development to societies and individuals.

“The UAE was established by the late Sheikh Zayed bin Sultan Al Nahyan on solid foundations of credibility, trust, mutual respect and cooperation with the peoples of the world and other countries. This is why the UAE has attained steady progress and an excellent reputation. What our country has achieved must be preserved, and you are the ambassadors in embodying this image, by promoting the authentic Emirati values and the culture of our people and society, especially through your contributions and positive presence in international events and forums,” His Highness Sheikh Mohamed said.

He also highlighted the necessity for the Emirati people to convey the country’s culture to the world, as well as its principles based on love, tolerance and peace while upholding the values of humanity and preserving human rights and human dignity.

The delegation members praised His Highness Sheikh Mohamed for his support, which has ensured the summit’s success and enabled it to achieve its goals.

The annual summit aims to draft effective strategies to raise awareness of the challenges facing individuals and societies alike. It also aims to unify educational, ethical and preventive concepts among institutions, promote cooperation among experts and support human resources through sustainable knowledge, as well as achieve the goals of the Khalifa Empowerment Programme – Aqdar.