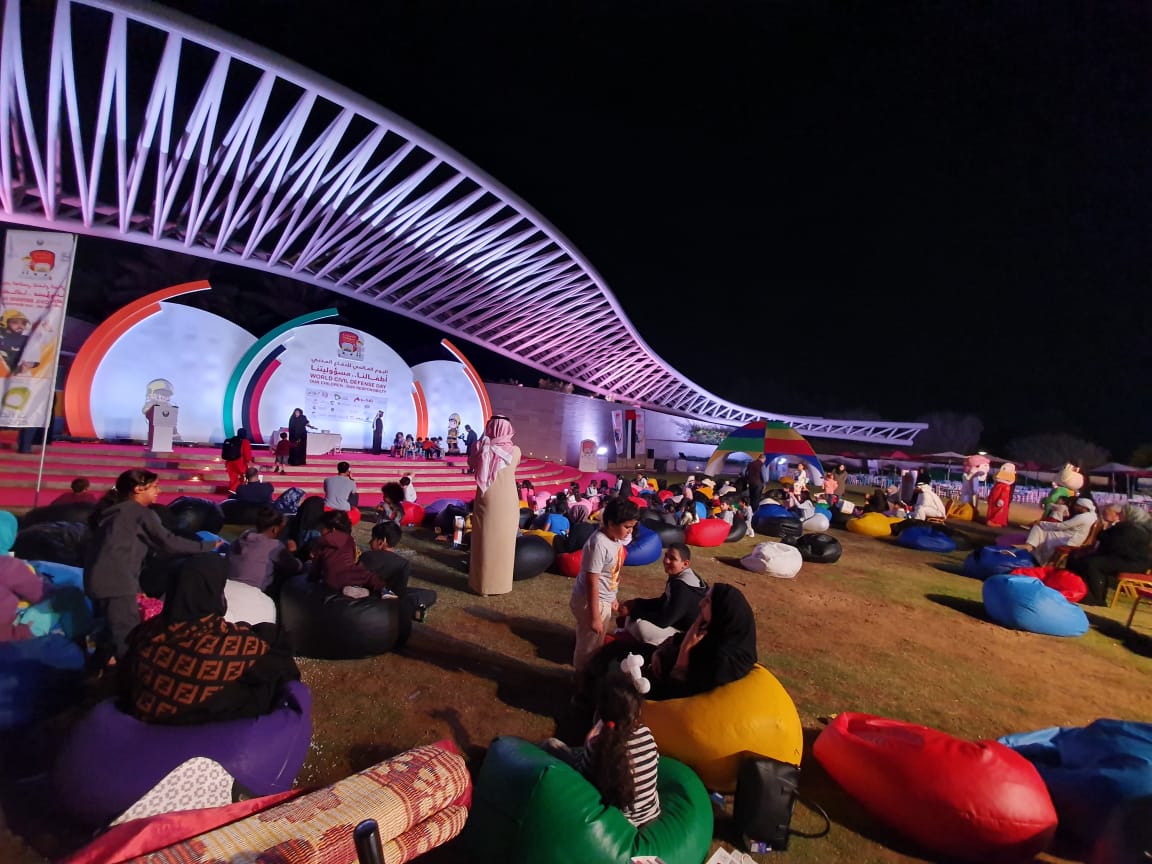 Under the patronage of Lt. General His Highness Sheikh Saif bin Zayed Al Nahyan, Deputy Prime Minister and Minister of Interior, the Ministry of Interior joined the rest of the world in marking the World Civil Defense Day , which is marked every year on March 1. On the occasion, in a three –day event held at the Umm Al Emarat Park in Abu Dhabi, under the theme, Our Children, Our Responsibility’; with participation from the Ministry of Interior, the Civil Defense General Command and the various civil defense departments at the countrywide level

Lt. General Saif Abdullah Al Sha’far, the undersecretary at the ministry of interior witnessed on Monday the ministry’s celebration of the Civil Defense World Day being held under the theme “fire risks prevention” at the Fairmont Bab Al Bahr hotel in Abu Dhabi.

Al Sha’far has honored a number of outstanding employees at the civil defense. He also attended the honoring of the ministry of interior by the International Civil Defense Organization (ICDO) in recognition for its efforts in enhancing public safety both in the locally and regionally.

“By celebrating the World Civil Defense Day, the UAE reiterates the humanitarian and cultural role of the civil defense agencies to protect the safety and security of the community”, said Al Shafar addressing the event.

“The civil defense sector has been progressively making lots of achievements, thanks to the unlimited support given by Lt. Lt. General HH Sheikh Saif bin Zayed Al Nahyan, Deputy Prime Minister and Minister of the Interior”, Al Sha’far pointed out.

“Apart from raising the public awareness about the fire accidents in particular and about all other risks in general, this year’s theme is also focusing on consolidating the positive practices among the public, which would contribute to minimizing the accidents and protecting lives and property”, he further added.

Addressing the ceremony, Major General Mohammed Al Marzouqui commander general of Civil Defense said that celebration of this emphasizes the importance of applying prevention and safety standards in all aspects of our lives. To this end the ministry of interior is working hard to ensure that its activities will be based on enhancing the public confidence in the civil defense services, he added.